The Haiti earthquake gave the American base at Guantanamo Bay a new mission: supplying aid to the devastated island nation. Less than 200 miles from Haiti, Gtmo was designated as the hub of the aid operation. Dozens of helicopters and planes took off daily to ferry supplies and personnel to the stricken country or to American ships off the coast.

The Air Force personnel who landed in Haiti with the artists brought food, water, tents and medical supplies and set about reopening the damaged and chaotic airport at Port-au-Prince. The goal was to get the facility operational and to continue overseeing it so that more relief materials and aid workers could safely land in the coming weeks.

My mission as an artist for the USAF involved deployment to Port au Prince, photographing and sketching the U.S. planes, troops and medical personnel as well as the long lines of families seeking to escape their homeland, the groups of orphans awaiting help from abroad and the crowds of people standing outside the airport gates hoping for offers of work or needed supplies.

The Task at Hand
Joint Base Guantanamo Bay
Sea dragon, Guantanamo Bay – Operation Unified Response 2010. This helo is from Helicopter Mine Countermeasures Squadron 15 (HM-15), a US Navy helicopter squadron based at Naval Station Norfolk, Virginia. Nicknamed the “Blackhawks”. 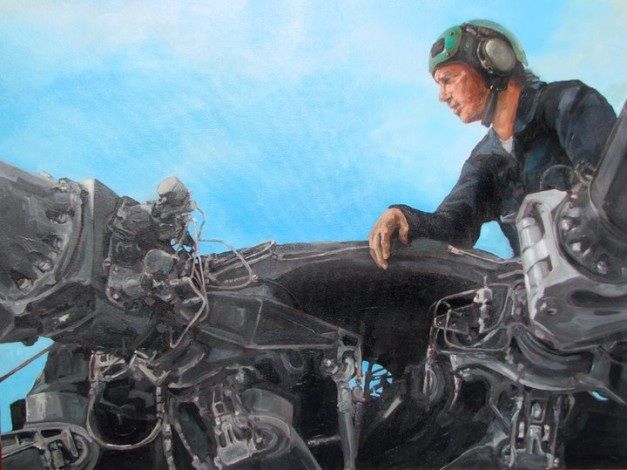 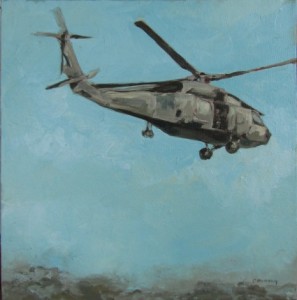 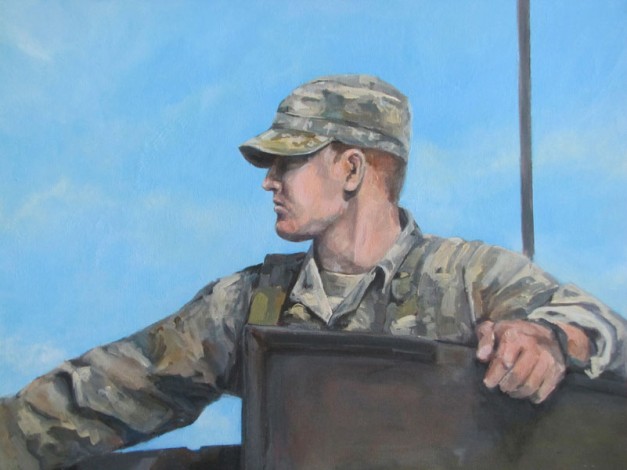 Guardian
Port au Prince, Haiti
Standing guard over the crowds aboard an armored vehicle. The Toussaint Louverture International Airport was a scene of controlled chaos, the buildings were unstable (we were experiencing aftershocks) and there were lines of people waiting for a flight out, medical assistance or other aid.
Courtesy of the Collection of USAF, United States Pentagon 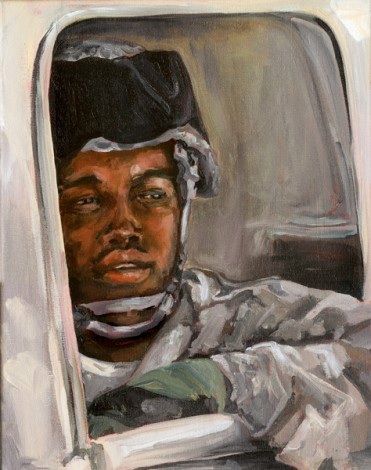 Doing His Job
Our driver during the mission to Haiti, at the head of a convoy of vehicles carrying supplies to
the area surrounding Port au Prince.
Courtesy of the Collection of USAF, United States Pentagon 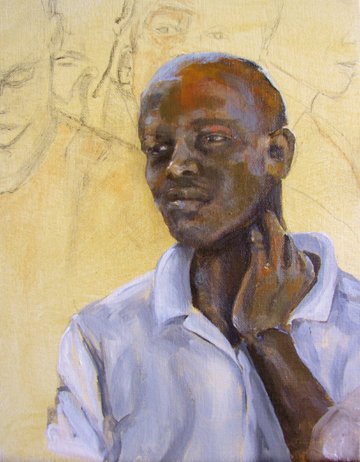 Patience
Port au Prince, Haiti
One of the many refugees from the earthquake, waiting patiently for whatever assistance we could give.
Courtesy of the Collection of USAF, United States Pentagon

(coming soon)
And Bread to Strengthen Their Hearts
Port au Prince, Haiti
Loadmaster of the C130 that brought us in, checking his manifest of food supplies in the middle of the night.
Courtesy of the Collection of USAF, United States Pentagon