This 16-day training concentrates on combat deployment type situations. First the Airmen learn and refine skills such as mission planning and development, land navigation, and M-4 and M-9 firing. The second half concentrates on detainee and prisoner of war procedures, tactical combat casualty care and urban operations among many other topics. The final three days of the second half of training were dedicated to field training. This involved putting their new and refined skills into practice. The units were briefed on a mission and given a different task each day.

The training was very regimented and consisted of long days – or nights, to be exact- taking place from mid afternoon to 0300 (3AM). Intensive and in depth, the course encompassed a wide range of combat tactics and operations, personnel participated in convoy training, foot and vehicle patrols, reacting to improvised explosive devices, hand grenade retraining, writing and executing operations orders, land navigation, manning checkpoints and listening/observation posts and mounted operations using simulation rounds. Members also had the opportunity to use new night vision equipment and attend a cultural awareness course based on the Islamic culture. Security forces personnel were required to wear their ABU or PT Gear similar to current policies in forward operating base deployment locations.

As an artist, the challenge presented was to capture the action, which included securing a village from insurgents and maintaining order while dealing with the unpredictable scenarios devised by the trainers. Occasionally there was a brief lull in the action during which I was able to set a scene, then incoming enemy missiles or an approaching delegation from the village would signal another scenario, taken from real life events occurring in day to day theatre – from wounded villagers to irate farmers. 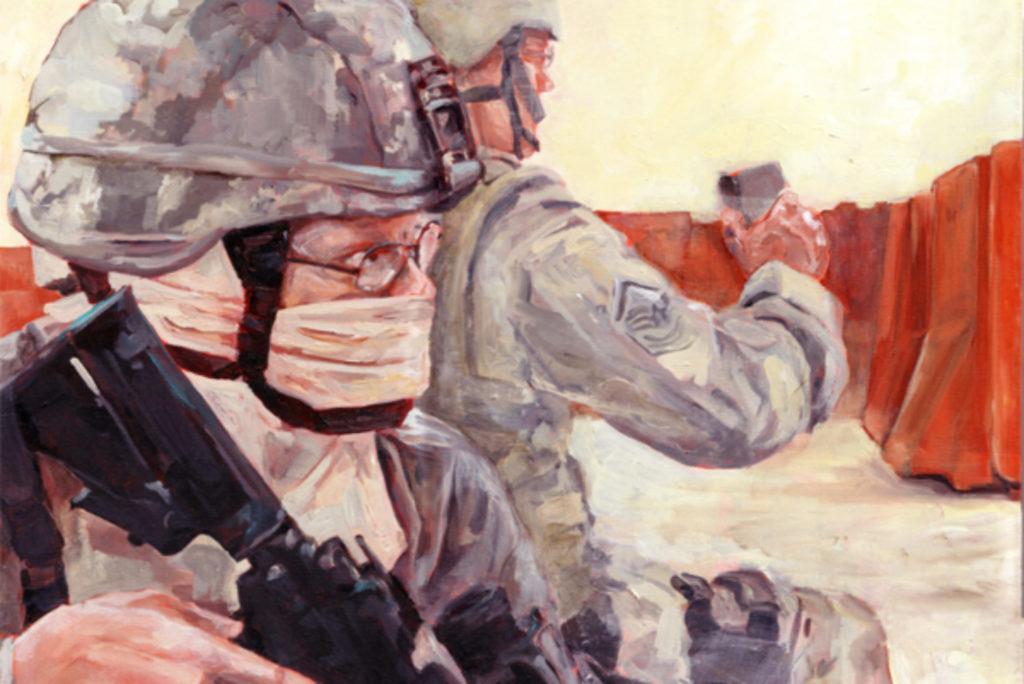 At the Gate
Acrylic on canvas
Patriot Defender trainees hold the gate against insurgents
Courtesy of the Collection of USAF, United States Pentagon 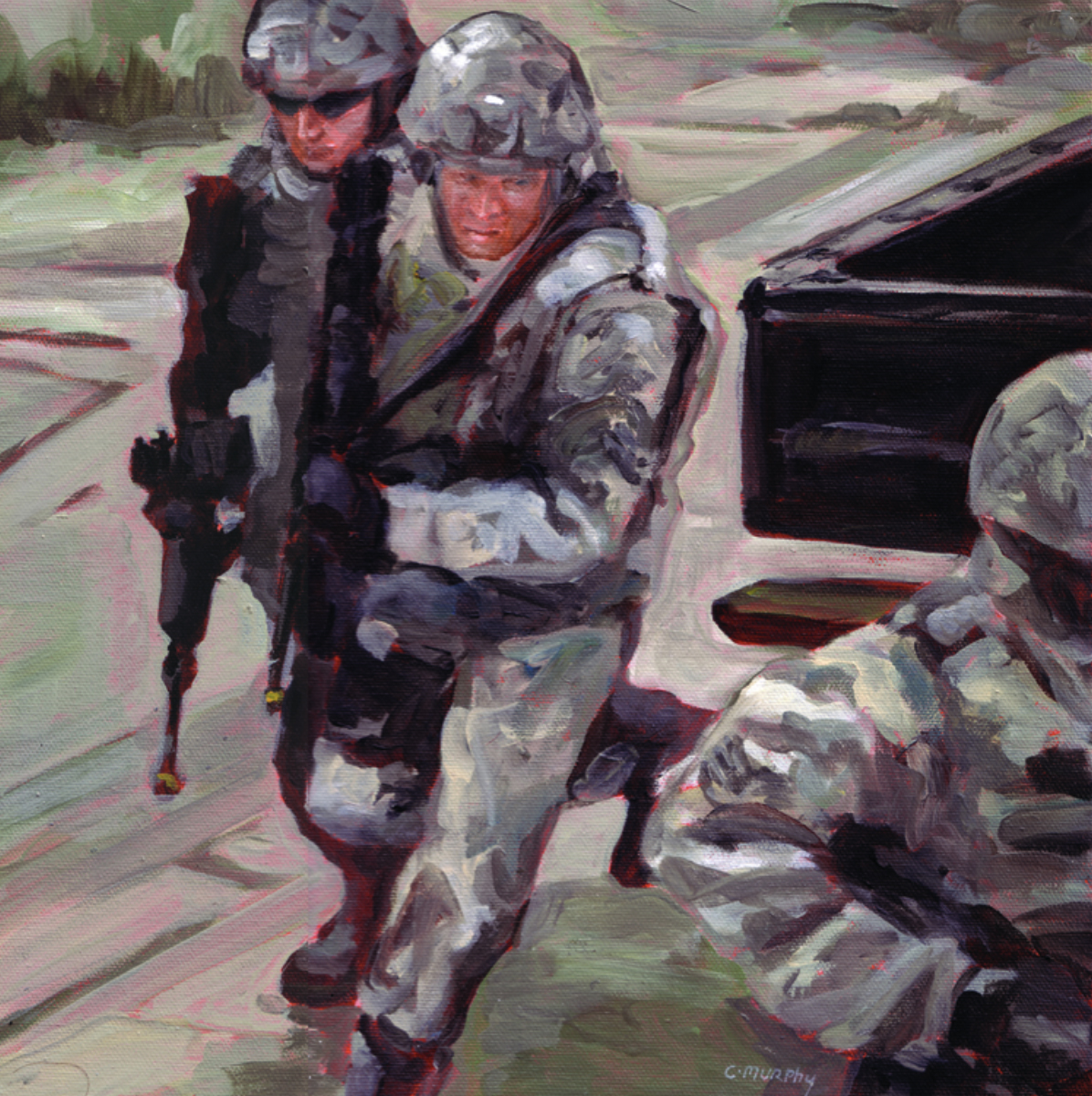 Prickly Pair
Acrylic on canvas
On night patrol, two trainees are heedless of the cactus 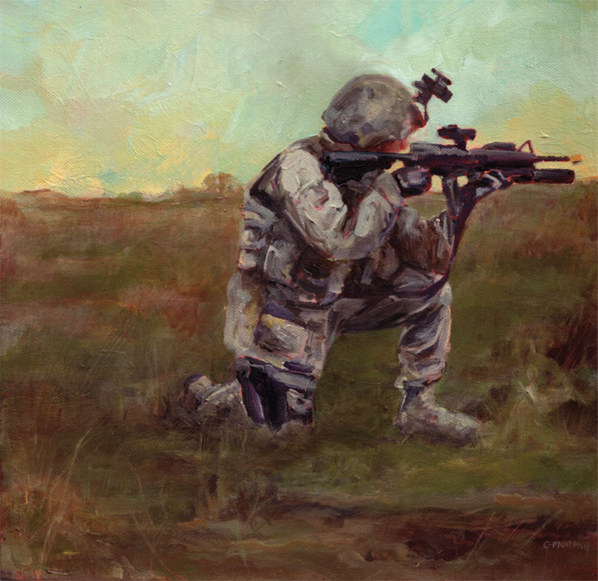 On Patrol
Acrylic on canvas
Night patrol in the desert