Through the compelling and inspiring medium of visual art, the Coast Guard Art Collection depicts the many missions performed by active duty, reserve and auxiliary service members. The artworks convey the myriad roles of the Coast Guard: as the nation’s maritime first responder, as a key guardian of America’s homeland security, as a protector of the country’s maritime economy and as an important element in the fabric of our maritime communities.

Ready
Depicts securing the maritime domain at home and abroad, one of the myriad missions performed by the U.S. Coast Guard.
Collection of the United States Coast Guard

Looking to the Future
Portrait of Capt.  Matthew Meilstrup, captain of the USCG Barque Eagle
Collection of the United States Coast Guard 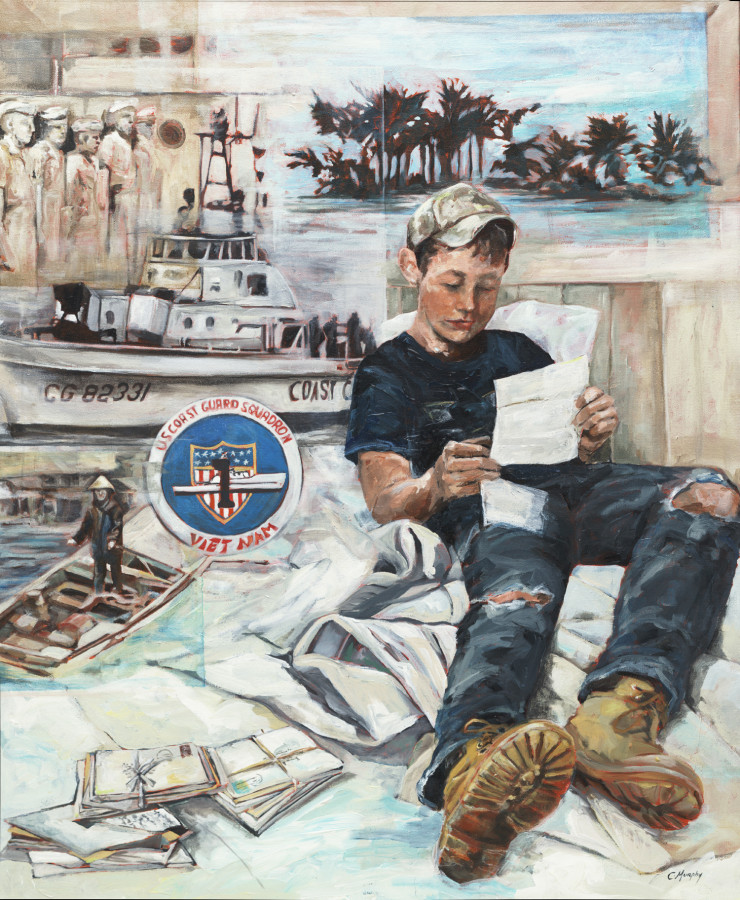